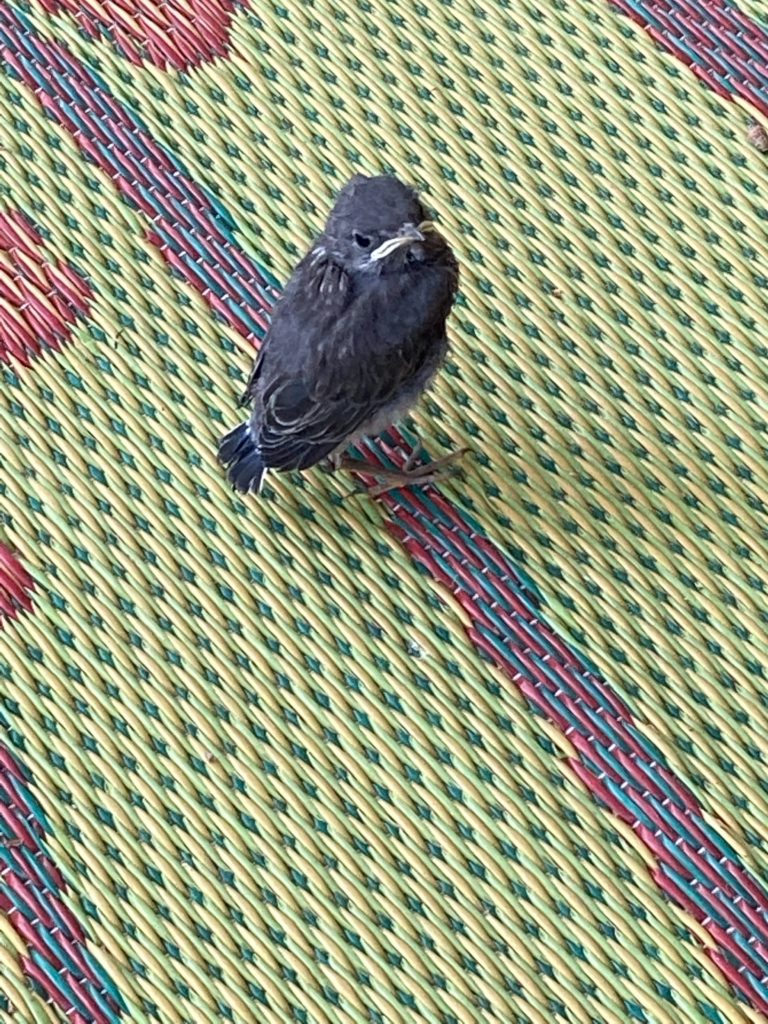 Sometimes it’s the small things that catch us by surprise. Two days ago, I was in my backyard, and caught a glance at a stone-still little bird on the pavers. It startled me and I moved in for a closer look. It was a frightened fledging bird that had left its nest too soon. It was fully feathered and could hop away from me when I got too close.

I fashioned a nest for it that eve that he had pure disdain for. I put a tiny bowl of water close to him. No way would he get near it. 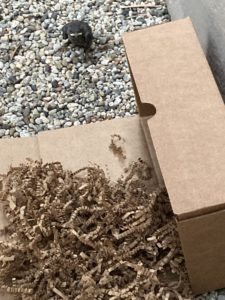 Then, I remembered a few years back, when a baby crow was stranded in our yard for 10 days. Animal Control came out and said fledglings were common in the early summer and his mother would take care of him.

But I still went to the backyard several times a day to see how the tiny bird was doing. Yesterday, afternoon, I noticed he was fluttering his wings and could fly an inch or two off the ground for short distances. By late afternoon, his low flying seemed more coordinated.

Last night, my friend Diana came over for gin and tonics on the back patio and first thing I did was show her the little bird. It stood still as a statue. But after 30 minutes, he came to life: scurrying to the back deck and chirping, chirping. chirping. Suddenly, a flash of blue wings dove down to him and quickly dropped something into his open beak. We were excited and entranced.

As the evening wore on, mom (or dad) came down several more times, first swift as a second, then actually stood on the ground for about 10 seconds filling and refilling the young bird’s open beak.

I was up at 5:30 this morning to check on him and couldn’t find him but an hour later, the chirping began and there he was waiting for breakfast to be delivered.

So, it looks like he’ll make it with his mother’s help and hopefully will earn his wings in the next day or so and fly off.